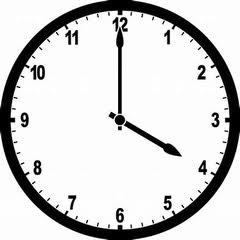 Three months after my son was born, I went back to work.

His longest stretch of sleep was four hours at that point.

I was not ready to return. Yet, I found that corporate life was easier than caring for him. It wasn’t quite a ‘vacation’, but it was a reprieve. But the two together…? The juggle of work and a newborn was taxing to say the least.

In my job, we hired (and seemed to constantly need) part-time contract employees.

I wondered…could I do that? Could part-time be my new full-time now that life has become so full?

Long story short — we moved across the country, but I got that part-time opportunity. (You can read more #BeBoldForChange)

Just recently, a colleague with young children (2.5 and 9 months) felt that there must be another way. She was managing one of the most complex programs our organization has delivered in several years. Her husband’s hours were 11am – 8pm and they rarely overlapped and evening care-taking of these two young babes was difficult. She decided to leave our organization for a job with hours 10am – 4pm. We lost. She won.

She and I would run into each other in the ladies room, and we’d both end up with tears in our eyes as we talked about what really matters.

There’s been a lot of press lately about the lack of females in top leadership positions and the need for corporate America to embrace motherhood and accommodate mothers.
Also interesting is new research about how women are treated at work.

For me, one of my dreams is to build a company where 10am – 4pm are the expected hours. If you want to see productivity, just watch a mother with young kids. I know she will get done in six hours what will take eight for anyone else.

Such a schedule would allow that mother to spend time with her family in the morning. Possibly even nurture her brain and her soul and body with exercise — decreasing health costs and rising obesity in our country. She’d still be able to bridge U.S. timezones, drive her kids to after-school enrichment activities, and serve dinner early enough for a desirable bed time.

And, that colleague I mentioned earlier? The announcement she was leaving the company went out. A leader in another department heard the news. He offered her a role on his team that is a bit less demanding. In a wonderful turn of events, she decided to take it and stay.

Until we recognize and support women in the critical years when keeping small humans alive demands our souls, we will be missing out. Women exiting the workforce means intelligence, solutions, innovation also exit.

10am – 4pm and other creative arrangements aren’t difficult. They just require us to release old, antiquated ideas of ‘work’. It’s worth it.