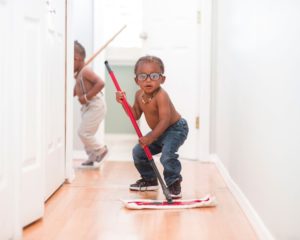 Yesterday at work, I was asked to brainstorm with a team who is making a lot of change. They asked me questions about how to help the changes stick.

Change is the activity that causes us to break old habits. Behavior is really just habit. It’s what served us well until this point, and some event or opportunity is causing us to need new habits.

Creating new habits isn’t easy. We have to create new neural pathways. That takes work. We have to experiment, practice, and decide if we like the outcomes of these new behaviors. If we like…we will repeat.

In an earlier post, I mentioned The Power of Habit by Charles Duhigg. In it, he describes that habits get formed when there is a cue that evokes a behavior. That behavior then creates an outcome. If that outcome is positive…we keep the behavior. Over time and repetition, the neurons that craft that behavior become deeply connected and we are ‘wired’ to conduct the behavior automatically. When behaviors reach automatic, they take less effort and we are able to conserve that energy for learning something new.

Yet, what I see in organizations, parenting, and relationships is that we tend to look past the ‘reward’ component of this formula. When change is introduced, the entity making that introduction often simply expects behavior to change in the desired way without being intentional about this critical piece of forming new habits. Then, they wonder why people aren’t changing behaviors.

As parents, we sometimes get caught making that same mistake. “Joey, clean your room” and Joey doesn’t clean his room.

Sure, at home, some activities and tasks are just expected. But, at the beginning, it doesn’t hurt to give Joey some sort of reward that makes cleaning his room desirable to do again until he creates a pattern and habit of doing so and begins to appreciate a clean room for the sake of having a clean room.

I’m not talking about giving Joey a $20 bill. I’m promoting a word or two of encouragement or appreciation…perhaps pointing out a specific area he did really well or something he did independently in the process that he hadn’t done before. Perhaps a comment on his choices of where to stack the LEGOs or the neatness of the t-shirt drawer.

After meeting with the team at work, I sent them this. It comes from a consulting firm who has a great approach to making change happen, Implementation Management Associates. Here’s what they offer:

Reinforcement management includes rewards, consequences, and level of work effort. These three different levers can be applied to drive behavior change. To go from an old behavior to a new behavior:

However, keep in mind that you will need to build in many more positive rewards than negative consequences to drive the migration of new behaviors because people tend to focus on the negative much more than on the positive.

You can read the full article and I encourage you to leverage IMA’s wealth of blogs, articles and other resources for additional insight into how to make change happen.

It’s already almost three weeks into a new year, and all those commitments we made a mere three weeks ago are on the brink of dissolution (treat ourselves better, make healthier food, exercise…whatever you envisioned for this year).

If you’re struggling to make desired changes in your own life or to influence change in others, I challenge you that you have not considered the reward.

Take some time to rethink how you’re reinforcing progress; you may find that you’ve forgotten it completely. And, I hope you caught that. You must reinforce progress not perfection. Small wins matter to our brains. This change thing is hard work, and we need to be reminded it’s worth it.

(Oh ya…and read The Power of Habit, because I really can’t stop thinking about it and I think you’ll like it a lot).