With #MeToo, it seems that the world has woken up (at least a little) to the fact that gender equality remains an issue. McKinsey and others have documented that pay equity hasn’t been fixed, yet data is proving that women are valuable assets to companies…in fact…the more the better (companies with more diverse boards and executive teams outperform those without).

Sadly, however, something happened this week that showed me how far we have to go.

My friend told a story. A story of an experience that saddened her and moved her to action.

Two beautiful young women handed out awards on a stage in front of 5000 people. 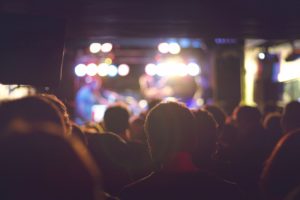 2 of the 11 award recipients were women.

Here’s what this signaled to her:

In her heart, she believed that none of the things that happened on that stage were consciously designed to send the signals I received.

Yet just days before she had attended a two hour ‘diversity in our workplace’ event where the most senior person now on that stage had espoused his commitment to gender diversity and increasing the number of female leaders on the team.

This one, single award ceremony undercut the sincerity of his message. Completely.

As I listened to her, a word came to mind…it’s one I heard for the first time this year: ‘microaggression’.

A “microaggression is a term used for brief and commonplace daily verbal, behavioural, or environmental indignities, whether intentional or unintentional, that communicate hostile, derogatory, or negative prejudicial slights and insults toward any group.[1] “(from Wikipedia)

Explicit sexism in society is on the decline, but still exists in a variety of subtle and non-subtle expressions.[25] Women encounter microaggressions in which they are made to feel inferior, sexually objectified, and bound to restrictive gender roles,[26] both in the workplace and in academia, as well as in athletics.[27]  (from Wikipedia)

Do the (obvious) right things.

We must wake up.

So, it’s ok to ask for help. If a woman had been privy to the plan for that award ceremony ahead of time or intentionally overlaid a female lens, she would have pre-diagnosed the problem of that scene on the stage in a nanosecond.

We’re not meant to do it alone.

HBR recently published this article, How Men Can Become Better Allies to Women, which I found both helpful and empathetic to all parties involved in making change.

Transformation is the result of many small steps.