I hit the wall this week.

It's been building for a while, but this week took it across home plate.

My natural state is finding the silver lining, trusting in powers beyond those we can understand, and a default to believing in the power of human kindness.

But, this was the tipping point week.

It wasn't only the pandemic, national politics, and ongoing disconnection. It was also that so many personal friends were hit with hard stuff:

Ironically, I decided last week (before all of this) what this week's post would be about. The decision happened after a webinar hosted by Prosci (the company that leads in the change management space), which included change leaders from Ford, the University of Virginia, and JP Morgan Chase. We were talking about sustaining employee engagement for the long-term...and it sparked the idea.

Fun not for fun's sake -- but because right now -- it's the best antidote for hopelessness and the fatigue we're feeling.

And, it IS fatigue. Science journalist, Tara Haelle, explains it in her article Your Surge Capacity Is Depleted -- It's Why You Feel Awful. She explains why this sustained period of ambiguous loss is causing new challenges for coping. I found this quote especially normalizing...and helpful:

“We can kick and scream and be angry, or we can feel the other side of it, with no motivation, difficulty focusing, lethargy,” Boss says, “or we can take the middle way and just have a couple days where you feel like doing nothing and you embrace the losses and sadness you’re feeling right now, and then the next day, do something that has an element of achievement to it.”

These days, laughter is the most powerful cure for my lethargy and loneliness. The best days are the ones when my virtual school duties include acting as PE Coach which requires that we are outside PLAYING for at least 30 minutes in the middle of my work day.

Well-timed, Brene Brown's Unlocking podcast this week was just what I needed. Brown deconstructed the elements of play and offered a few examples of how she and her family made a plan to play. Her comments on play start at minute 23.

Here's what you need to know:

And, so I ask you...how will you play this week?

And, how will you give yourself permission to play every day?

Play isn't a luxury right now. It's an essential activity. Put it on the frontline of your activities. Throw in a laugh or two, and let it be the measure to a day well spent.

BTW - It occurred to me that there is only one letter that separates 'PLAY' from 'PRAY'. Coincidence? I don't think so. 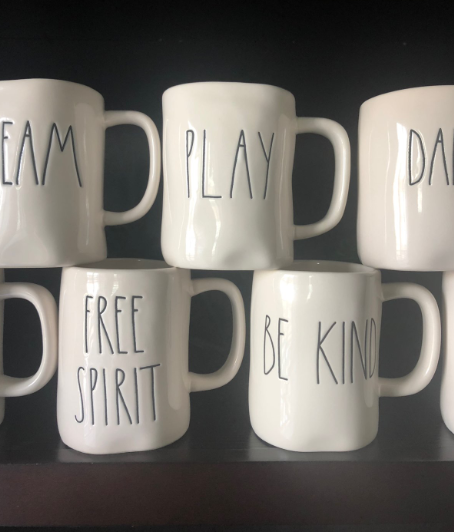