I’ve been in hot pursuit of what I want this week. 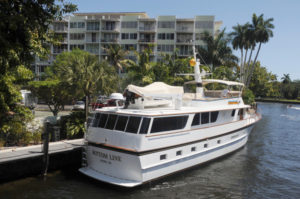 I literally almost missed the boat on Wednesday. It was a team function that included a vendor-sponsored yacht as sun set on the Ft. Lauderdale Intracoastal.

My husband had another commitment that evening, so I’d invested in coordinating a sitter to pick our son up from after school activities and watch him so I could attend the event.

I found a place to park, paid for three hours of time, and was walking (quickly) to the meet-up dock.

There was a fence between me and the dock that I couldn’t figure how to get through, but I could see the yacht on the other side.

As I walked quickly east…then west, trying to spot the passage through the fence, the words ‘Bottom Line’ seemed to waver. Then move. Yep, they were crystal clear as the yacht pulled away.

I immediately called my colleague who was hosting the event, but he didn’t pick up. I texted him next. Then, I went to a restaurant with a patio that appeared to open to the dock and asked them, “How do I get over there?” They seemed annoyed, but let me walk through. I found a fellow colleague waiting at the dock, as well.

A few minutes later, the boat returned, and we boarded…both determined we needed to be part of the adventure.

Less than 24 hours later, I was chasing down a UPS truck. 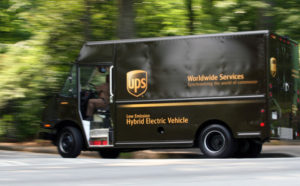 I was expecting a package.

I had arranged my schedule to work from home.

I went nowhere and stayed home bound all day. Confession: I didn’t even take a shower for fear I’d miss the doorbell.

Until I had to go somewhere.

Maybe I made it happen…who knows…but, I joked with my son’s teacher “I’ve been home bound all day waiting for UPS. Watch, they’ll show up as soon as I step away.”

Returning from pick-up, we rounded the corner and prepared to turn into our road. I saw the UPS truck leaving our street and turning onto the main thoroughfare.

“You’ve got to be kidding me.”

My pupils dilated, my eyes focused, and I made a quick left turn and circled around. I told my son, “Keep your eyes on that truck!”

I had no idea how far we’d have to go before the driver made his next stop. As we passed several streets, I started to worry it would be a longer way than I wanted to go…but, I needed that package.

Eventually, he stopped, and rolled up the back of the truck. He must have wondered why a middle-aged mom had pulled up behind him, clearly double parked and with a fiery determination in her eyes. (Well, at least that’s how I imagine it would be in a movie…)

I signed for the package, and mused at what it means to chase down what we want.

When the goal is clear and there is no space in which we’re willing to allow failure to be an option, all systems align and we feel:

I contrasted this to how it feels to work in today’s corporate environment. I don’t know about you, but more often than not, I don’t feel clarity, prioritization, or accomplishment. I feel drained, distracted, and interrupted. There are so many things and people competing for attention. All.The.Time.

Here’s how we can change that:

Prioritize ruthlessly. And, be relentless in the chase.