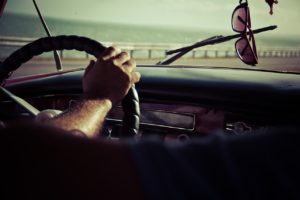 The other day, I was driving.

Apparently, I was unconscious.

Then, I ‘woke up’ along a route I drive almost daily.

I realized it was Saturday, and I had no idea where I was going.

In that split second, I felt the urgency to unravel the confusion…fast.

I was struck by what had just happened. And, realized that this is what it’s like to find, suddenly, we’ve been living life on auto-pilot. Doing the same things we are used to doing. Staring straight ahead…through the windshield. Until the stare turns into sight. And, we realize we don’t know where we’re going.

My friend, Wendy Quan, once said something I’ll never forget. She said, “Amy, so few people are living consciously.’