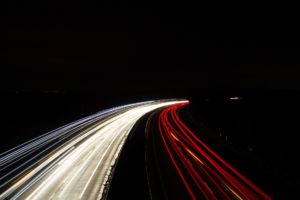 Organizations move at the speed of their employees.

Employees move at the speed of their leader.

Leaders move as fast as their capability.

In a world where it’s hard to keep up, and keeping up is no longer enough, speed is the currency of success.

For Zenger and Folkman, authors of the book Speed, leadership speed is “the ability to execute quickly and correctly so that the time to value is decreased.”

I love those words “time-to-value.” I’ve used them to describe the value of change management, and why our team exists at all. (But, that’s another topic for another day). Who doesn’t want a faster time-to-value?

Organizations like to see their investments pay off as fast as possible. For some, it’s a matter of survival.

According to Zenger and Folkman, leaders who wish to increase their pace can do eight things to raise the pace during brief interactions (which are incredibly important to building connections and connections are the basis of navigating the organization). I’ve profiled the six tactics below that I find most helpful:

Which one will you try in the upcoming week? Just one…don’t try them all. Put your favorite tactic into practice for a couple of weeks…consistently, and add another next week.

Then, check the speedometer. Have you moved the needle on the pace of your team?