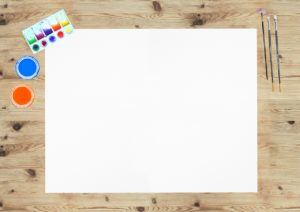 I remember exactly where I was when she said something that changed everything.

We were in the HQ of Coors Brewing Company in Golden, CO. I was talking with my boss.

I was complaining to my boss.

My drone was about the fact that there was no professional group of change management people in the Denver area. “I wish there was a way for us to connect with other people doing this job across Denver. There are so many of us, it makes absolutely no sense that a group like this doesn’t exist.”

You may wonder what it looks like in the Coors HQ. Well…I don’t know anymore, but 10 years ago, the floor we were on had a golden sheen. Like beer. The chairs were golden, the walls were yellow. And that moment that she woke me up has a beer-colored haze to it.

Nothing was the same after that.

I woke up to the fact that I could create the world I wanted to live in. I could build, provide, enjoy putting something in the white space of opportunity.

A friend at my current job gave me one of the most important books you’ll ever read. What to Do When It’s Your Turn. (And, it’s always your turn) written by Seth Godin. His belief is all of us can ‘level up’. If you don’t know Seth, he’s the guy whose website comes up when you Google ‘Seth’. That’s how prolific he is! He writes a blog every day, and now has over 2500 posts. He’s also disrupted modern, traditional publishing. He’s written 12+ books, and published them all himself. And, when it comes to What to Do When It’s Your Turn…when you buy one book, he sends you two. If you buy three, he sends you five. He wants to start a conversation and create a movement where we are all doing the work that we are capable of.

Then, why don’t you?